WILMINGTON – The Kalmar Nyckel Foundation and Wilmington City Council President Hanifa Shabazz are encouraging citizens to grab their pirate gear and bring the family out to the annual Wilmington Pirate Festival on Saturday, July 7, 2018.

The FREE festival will be held from 10 a.m. to 4 p.m. at the Kalmar Nyckel Shipyard Campus and Copeland Maritime Center located at 1124 East 7th Street on Wilmington’s Christina Riverfront. Admission to the festival is free; however, there are fees for some activities. 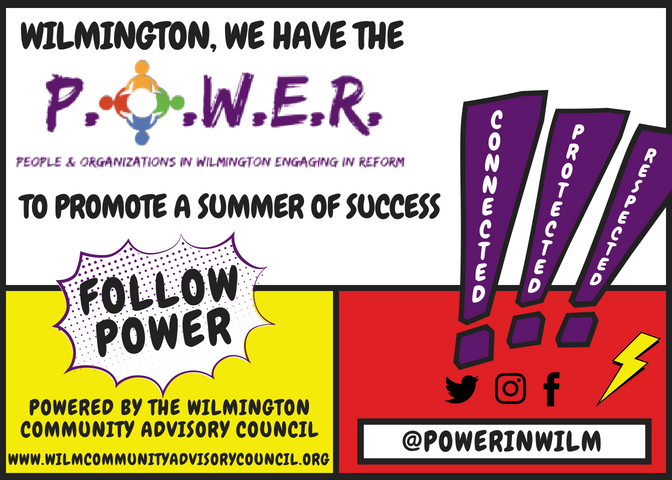 President Shabazz said the Council is pleased to be able to assist this year in sponsoring the participation of dozens of children from the surrounding neighborhood in the festival.

“We believe in the work of the Kalmar Nyckel Foundation to expand recreational, cultural and educational events on the Seventh Street Peninsula and to expose our children to something special,” said President Shabazz. “The Pirate Festival is also a wonderful way to bring people together.”

A day of pirate-filled family fun features Pirate Tours of the full-scale replica of the Kalmar Nyckel, The Tall Ship of Delaware, complete with a crew of friendly pirates and deck hands.

Pirate demonstrations by the Vigilant Crew, boat making and other children’s crafts, scupper toss, face painting and live music by Pirates for Sail are all part of the lineup.  New to this year’s festival are aerial pirates, performed by acrobats from Ascend Flow Arts of Wilmington. The Festival is hosting food trucks and a secure beer garden (for attendees 21 and older) during the day.

“The Wilmington Pirate Festival has become one of the highlights of our summer festival season,” said Mayor Purzycki. “It’s an event that families enjoy immensely and look forward to each year. Those who attend will also experience an important piece of Wilmington history and learn about the Kalmar Nyckel’s role in the City’s founding.”

Activities will extend into Fort Christina National Historic Landmark. There children can earn a Junior Ranger Badge from the First State National Historical Park site where the original Kalmar Nyckel landed in 1638 and established the first Swedish settlement in America. A restored rail car built at the original Jackson and Sharp Company, an early Wilmington railroad car manufacturer and shipbuilder, will also be on display on the shipyard campus.

Parking is FREE and available on the 7th Street Peninsula by the 7th Street Skate Park with a shuttle taking guests to and from the festivities. Additional free parking locations and details will be announced on the website and facebook.com/kalmarnyckel.

For additional information about the Festival, or to volunteer and receive a free T-shirt, please visit KalmarNyckel.org or facebook.com/kalmarnyckel.

The Kalmar Nyckel Foundation is a non-profit educational organization whose mission is to preserve and promote the cultural and maritime heritage of Delaware and the Delaware Valley for the education and enrichment of all. The Foundation is a volunteer-based organization that built, owns, and operates the Kalmar Nyckel. The Tall Ship of Delaware is a present-day reproduction of the flagship from the 1638 expedition that founded the colony of New Sweden, establishing the first permanent European settlement in the Delaware Valley.

Launched in 1997, Kalmar Nyckel serves as a floating classroom and an inspirational platform that offers people of all ages a variety of sea- and land-based recreational and educational experiences. The Foundation also serves as a catalyst for social and economic development and outreach in and beyond the state of Delaware. For more information on Kalmar Nyckel sails, tours, charters, educational programs, volunteer opportunities and its home berth at the Tatiana and Gerret Copeland Maritime Center visit www.kalmarnyckel.org, call (302) 429-7447 and follow us on Facebook. Online tickets for sails can be purchased at www.kalmarnyckel.org/BookASail.asp.