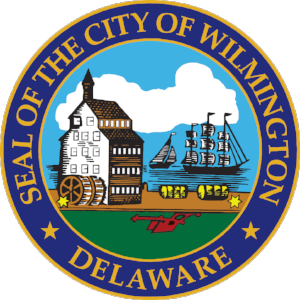 News and Information From the Wilmington City Council

Transparency goes a long way in building trust between communities and our police officials. Now it is more important than ever.

Wilmington, DE – On Tuesday, September 28th Wilmington City Council President Trippi Congo issued a letter to Wilmington Police Chief Robert Tracy calling on his department to release any body camera footage, audio and related 911 calls surrounding the incident in the convenience store on the 500 block of New Castle Ave. As of this morning there has been no official response from Chief Tracy. While President Congo respects the right of due process, it is hard to believe our law enforcement officials have not already reviewed the pertinent footage and audio. Many members of City Council understand the importance of communicating with residents on this matter and believe an immediate and transparent process is necessary and hope our law enforcement leaders understand that as well.

“We cannot continue to drag this matter out. The reality is, the longer we delay this process the more frustrated our residents will be. This is not a matter of whether Mr. Brown had a previous criminal history. This has to do with the use of force exhibited by the Wilmington police officer and the repeated assault against Mr. Brown” said President Congo.

Earlier this year Chief Tracy stated all officers have been equipped with body cameras and trained on the policy pertaining to them. President Congo, along with city council members and the public, want to know if the officer in question activated his body camera before engaging with Mr. Brown, which is one of the policies presented by Chief Tracy. 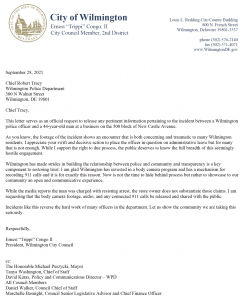