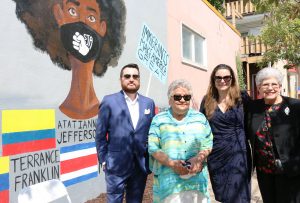 From September 15th to October 15th our nation celebrates Hispanic Heritage Month. The United States began observing Hispanic Heritage Week on Sept. 15th in 1968 to honor and appreciate the contributions Hispanics made in every part of American life, and most importantly to celebrate the anniversary of independence for Costa Rica, El Salvador, Guatemala, Honduras and Nicaragua. The celebration was expanded to a month in 1988 in order to honor all Hispanics and Latin-Americans from Spanish-speaking parts of the world.

The Latin American Community Center is the largest multi-service agency for Latinos in Delaware.  The agency provides a broad spectrum of services, from early childhood education to specialized programs for seniors.  Services are offered along a continuum of care to meet the community’s diverse needs and promote an enhanced quality of life. 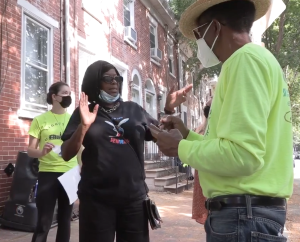 In an effort to reduce criminal activity and energy consumption, 3rd District Council Member Zanthia Oliver sponsored the first “Light Up the Eastside” Event in Partnership with East Side Civic Association and The HELP Initiative, Inc. on Wednesday, September 15, 2021. Over 300 Energy Efficient LED Lights were installed to residents homes with outdoor fixtures.

Light Up the Eastside is designed to improve public safety by providing residents in high-risk places for criminal behavior during nighttime areas within the City of Wilmington with Dusk to Dawn Energy Efficient LED lights for their front porches. Council Member Zanthia Oliver sponsored the event in an effort to ensure that residents within the third district have LED lights outfitted within their neighborhoods, and to beautify and create safer neighborhoods. You can view our featured video produced by our government access channel, WITN22, here. 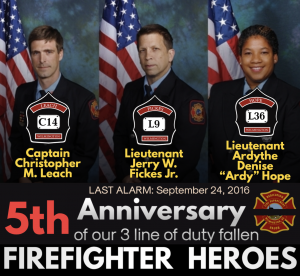 Assistance for Residents and Businesses Affected By Hurricane Ida 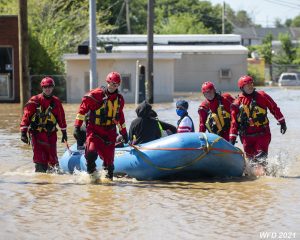 More than 200 people were rescued after the Brandywine River reached record levels during Hurricane Ida. Photo courtesy of the Wilmington Fire Department.
As many as 275 property owners were directly impacted by the devastating storm and floods following Hurricane Ida. More than 200 people were rescued after the Brandywine River reached record levels, and our community came together to donate food, clothing, water and household items to those living in homes that were flooded by the Brandywine River. Thankfully no major injuries were reported.As we continue to work to recover from the aftermath of Hurricane Ida, Mayor Mike Purzycki and the City’s emergency management team today issued updated information to further assist residents and businesses affected by Hurricane Ida. The information is being issued in partnership with the Governor’s Office, the Delaware Emergency Management Agency (DEMA), and the Department of Health and Social Services (DHSS). On-going support services includes the following:
Wilmington City Council expresses their heartfelt thanks to the Mayor, Governor, City Officials, First Responders, Public Works personnel, DEMA, DHSS, the American Red Cross, the Salvation Army, and State and local agencies for joining forces to provide assistance. Your efforts and commitment to helping Wilmington residents recover during these historic times truly shows that we care, and that we are all in this together. 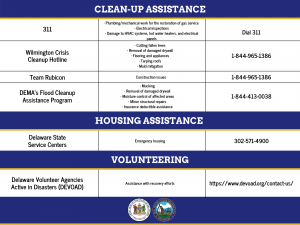