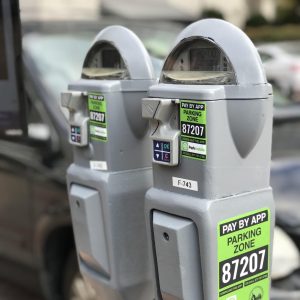 Mayor Mike Purzycki announced that parking tickets issued to residents this week for failure to move a vehicle for street cleaning and for failure to obtain a residential parking permit will be converted to warnings. Anyone who has already paid their ticket will receive a refund. The City will issue real tickets for these violations beginning this Monday, August 2. You can view the press release from the Mayor here. 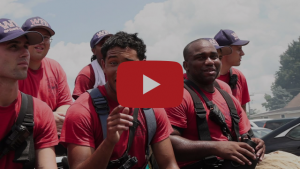 (WILMINGTON, DE) – The Wilmington City Council extends our congratulations to the 41st Recruit Academy graduates of the Wilmington Fire Department (WFD). On Saturday, July 17, 2021, a ceremony was held at Abessinio Stadium in Wilmington, Delaware to recognize and welcome 25 new recruits from the WFD, 10 recruits from the City of Chester Fire Department, and 5 recruits from the Upper Darby Township Fire Department. For the past 14 weeks our government access channel, Wilmington Information Television Network (WITN22), had the opportunity of going behind the scenes with the new firefighters during their intense training. We encourage you to watch their journey by viewing WITN22’s program here.

The 101st Wilmington Police Academy is now accepting applications for civilians interested in enrolling in a career in law enforcement.  The application process is open until Tuesday, August 31st, and includes a written exam, a physical ability test, and interview panels that will include a Chief’s interview. The Wilmington Police Academy is a valuable opportunity for anyone who is interested in learning more about the realities of policing and enhancing the relationship between police and the community. For information about becoming a Wilmington police officer, visit the Wilmington Police Department (WPD) recruitment webpage here. Questions about the academy or application process should be directed to Sgt. Raymond Mullin at 302.576.3177 or by email at Raymond.Mullin@CJ.State.de.us. 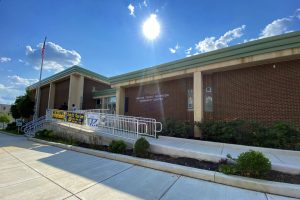 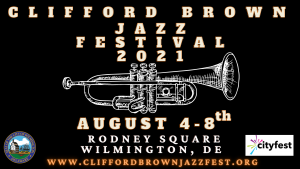 Wilmington’s Clifford Brown Jazz Festival will return for its 34th year to Rodney Square on Wednesday, August 4 through Sunday, August 8, 2021, after having to go virtual in June 2020 due to the COVID-19 pandemic. The free jazz festival pays tribute to Wilmington’s own Clifford Brown, and is the largest free jazz festival on the East Coast. The 34th Annual festival will feature outstanding performances by Grammy-nominated singer Eric Benet, Grammy Award-winning saxophonist Kirk Whalum, and jazz legend Dianne Reeves to name a few. For the full lineup and details of the festival visit cliffordbrownjazzfest.org. Presented by the City of Wilmington and Cityfest, the Clifford Brown Jazz Festival will give attendees the opportunity to not only see and hear music from local and national artists, but to also see the multimillion dollar renovations Rodney Square underwent.