The housing complex was announced in 2016 to honor the memory of the late Harry Sheppard, the former owner of Walt’s restaurant who passed away in 2011. The project was complete in July of 2020 and it was immediately announced that four families would move into the newly built townhomes.

“This complex represents the strength and passion of our communities. Mr. Sheppard and Samuel Walt, were pillars in our city. They valued education and believed in the power of entrepreneurship,” said Wilmington City Councilwoman Zanthia Oliver. “I am proud to stand with residents of the Eastside for this occasion to celebrate a symbol of pride and accomplishment. Projects like these are essential to revitalizing our neighborhoods.” 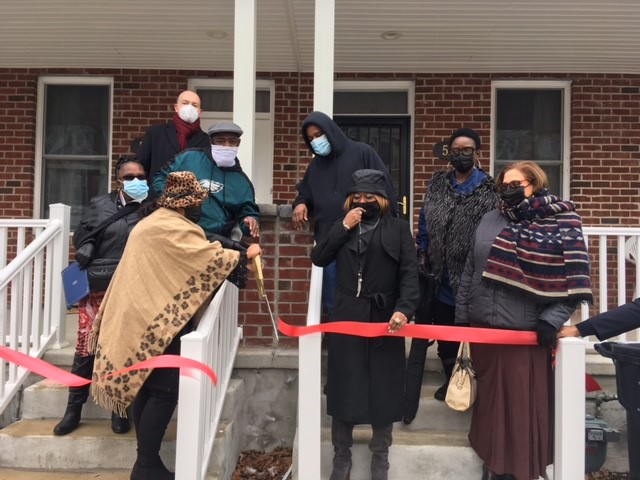 “Walt’s Flavor Crisp long stood as a monument to Black entrepreneurship, Black self-determination and some of the best fried food our city had to offer,” said Senator Darius Brown, D-Wilmington. “The Townhomes of Walt’s Way not only honor that legacy, they also serve as a testament to how hard this city and its leaders are willing to work to meet the needs of our neighbors. Thank you to Councilwoman Zanthia Oliver and Mayor Mike Purzycki for seeing this project through and delivering on the promise to provide modern, safe and affordable housing in this neighborhood.”

The houses will feature three bedrooms, 2.5 bathrooms, and they include finished laundry rooms on the second floor. Each townhome is 1,500 square feet and sold for $155,000.

“Thank you, to all our loyal customers, both old and new for your continued support for the past 45 years. We are so grateful for your support as we continue to offer the “BEST” fried chicken in Delaware and honor the legacy of our founder, friend, mentor and my husband, the late Harry W. Sheppard. We are so blessed that God has allowed us to see a dream realized at Walt’s Way,” said Symanthia Lynch-Sheppard.

City Councilwoman Zanthia Oliver also presented the homeowners with certificates commemorating their purchase as the first owners of properties honoring a true Wilmingtonian.