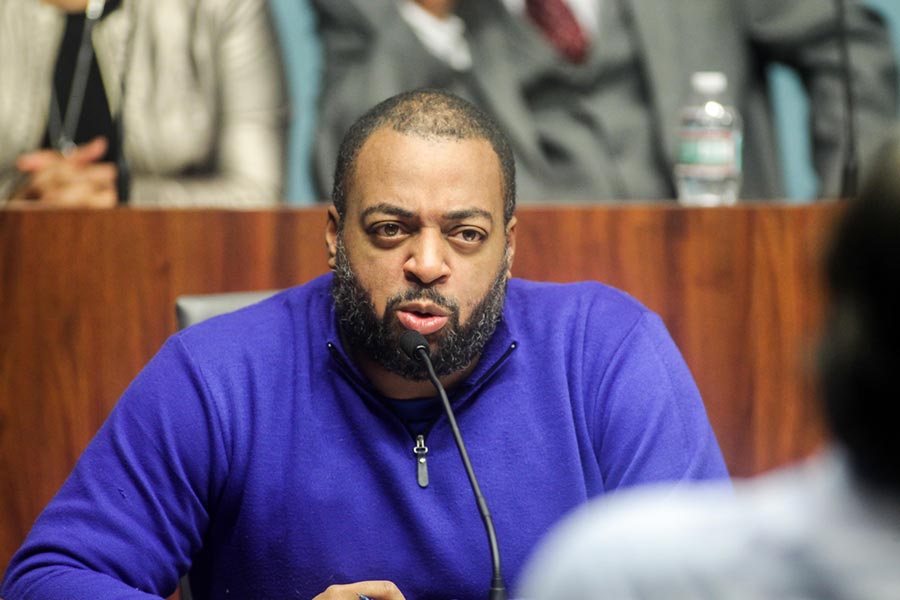 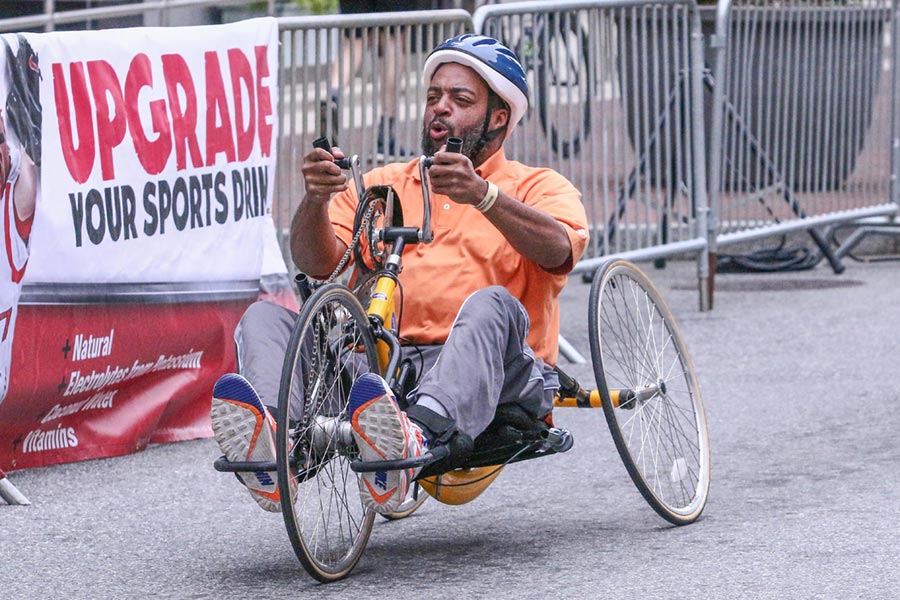 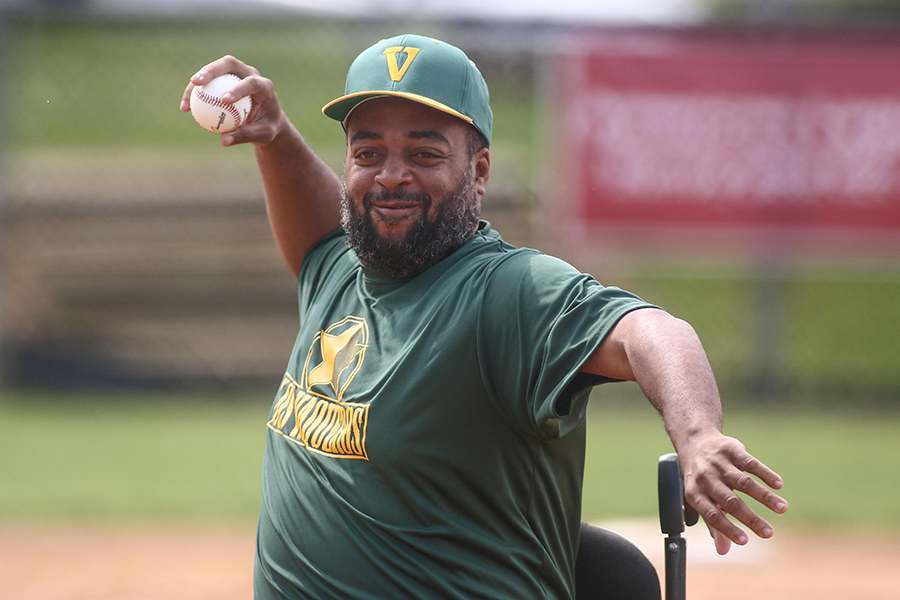 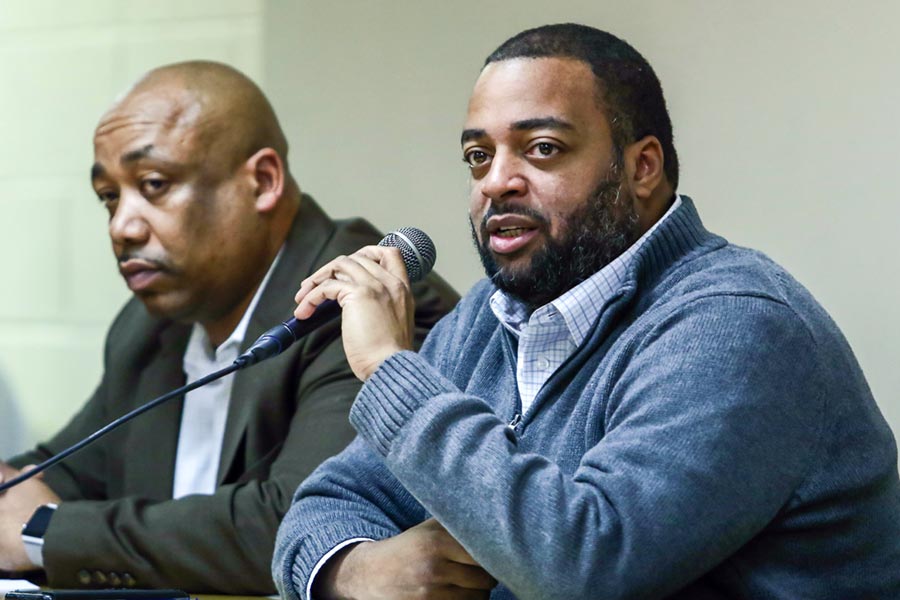 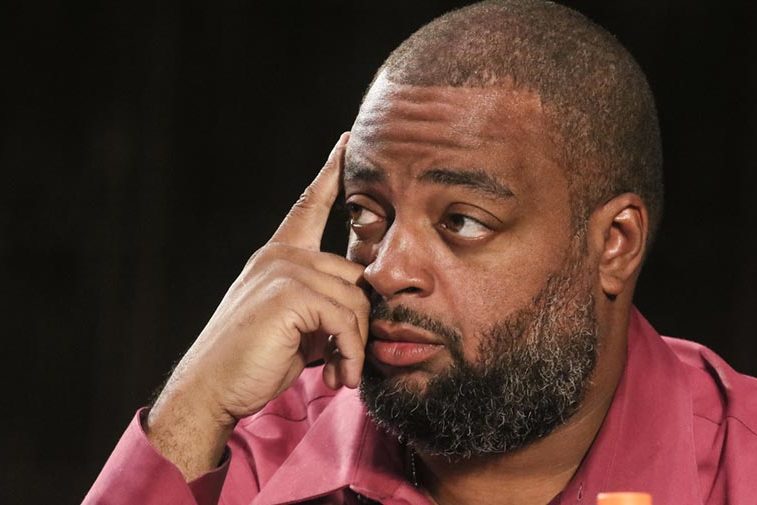 On November 8, 2016, Va’Shun Turner, a lifelong resident of Wilmington, Delaware, was elected to represent the constituents of the 5th district as a Councilman. Born and raised by parents with a commitment to the community, Mr. Turner is continuing the family legacy started by his mother Caren Turner; a well-known and respected community advocate, and his late father Clifton “Clifco” Wise.

Va’Shun graduated from A.I. duPont High School with honors in 1996. As a highly respected member of his class, Va’Shun was selected to be inducted into the A.I. Hall of Fame for Community and Sports. Rebuilding the community where he has raised three children is very important to Mr. Turner. His vision is to holistically rebuild and reignite the 5th District into a place where his grandchildren can flourish. Currently, Councilman Turner is Sergeant at Arms for the Arthur J. Turner, Jr. Scholarship Foundation which has hosted numerous community events, such as a memorial 5K, educational contests, and college financial workshops. These endeavors have spanned over the past 20 years.

Councilman Turner believes in youth and community empowerment. He frequently mentors and volunteers at both the William “Hicks” Anderson Community Center and the Hilltop Lutheran Community Center. He is also an advisor of community events for Interfaith Housing and New Castle Prevention Coalition. In his spare time, Va’Shun organizes opportunities for residents to give back, such as city cleanups. Mr. Turner also donates his time and efforts to grassroots organizations. His involvement includes the Community Dream Team, Cool Shoes, Inc., BVD Winter Drives, and the SILK Basketball League.

Within the last four years, Councilman Turner has utilized his willingness to commit to a cause by becoming an advocate and spokesperson for Disability Awareness. On August 25, 2012, he contracted the West Nile Virus. The lasting effects rendered him unable to walk. Even with a bleak diagnosis and the exponential change in his life, Mr. Turner defied and surpassed all prognoses set forth by the doctors- exceeding expectations and surviving where others were not as fortunate.

As an elected Councilman, Mr. Turner believes that there is no problem that is insurmountable. Through a holistic community approach, Va’Shun is about bringing forth development which will— among other things — uplift youth to become leaders, improve community service, protect residences, provide top-quality education, increase employment, and reform the 5th District’s economic system. All are focused efforts to reduce the influence of violence in Wilmington, starting with the 5th District.

Council Member Turner is Chair of the Public Works & Transportation Committee. He is also a member of the Community Development & Urban Planning, the Education, Youth & Families, and the Health, Aging & Disabilities Committees. 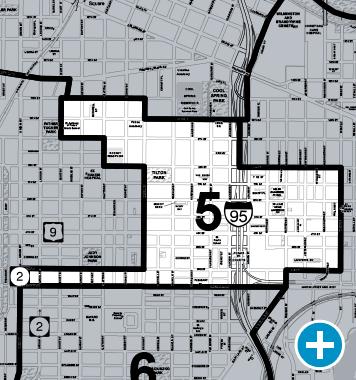