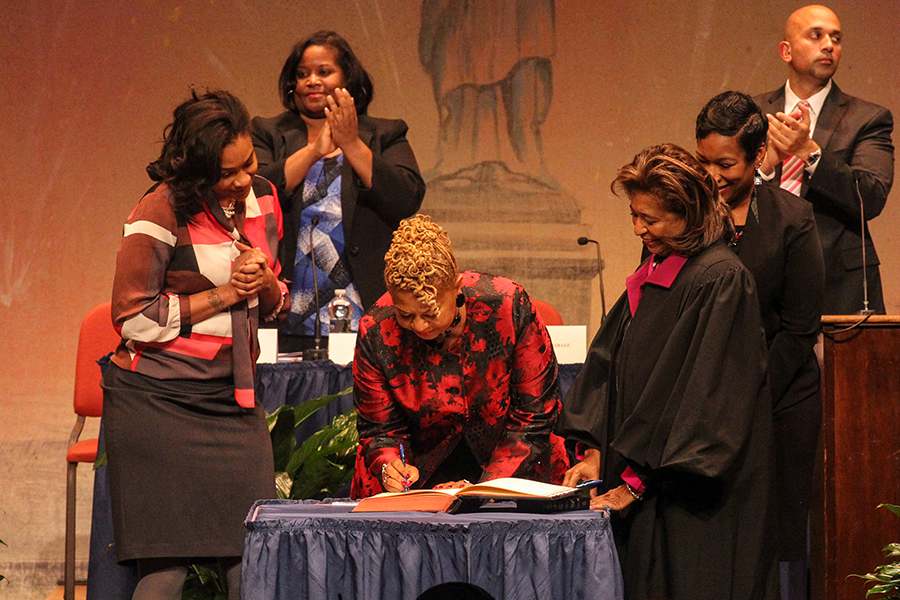 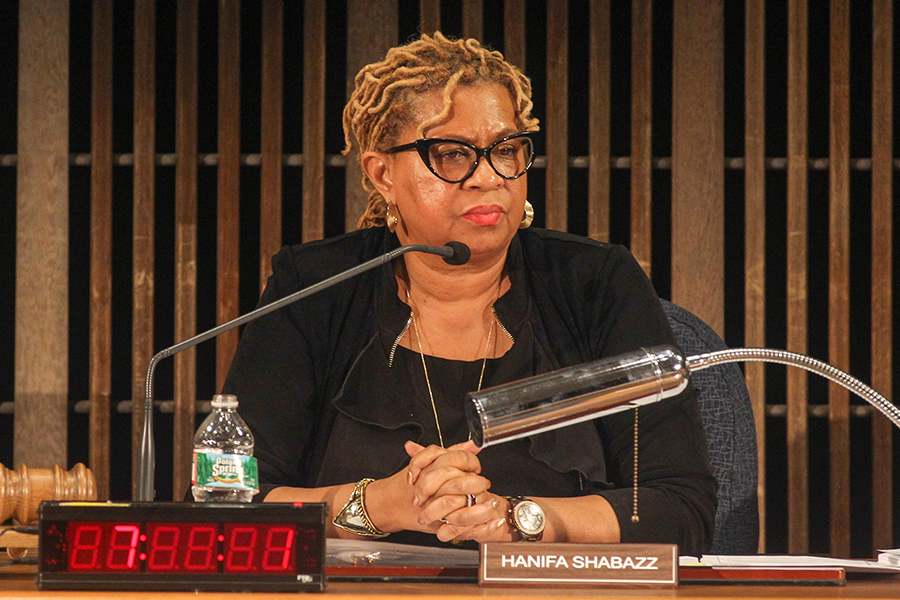 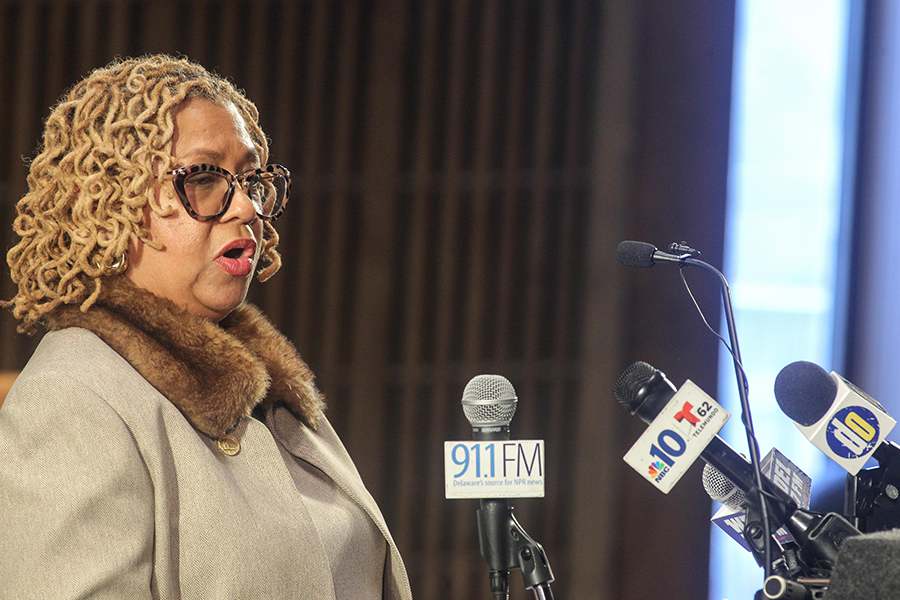 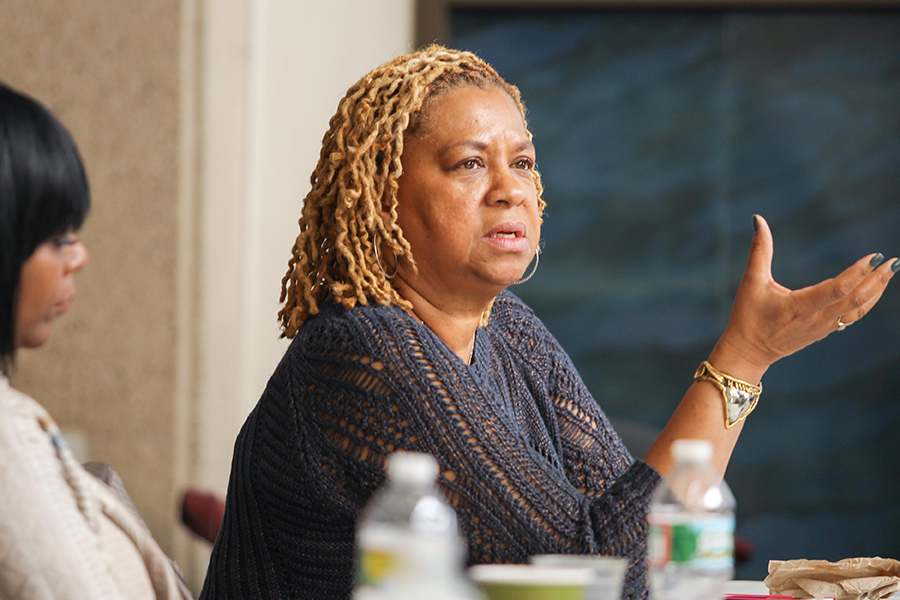 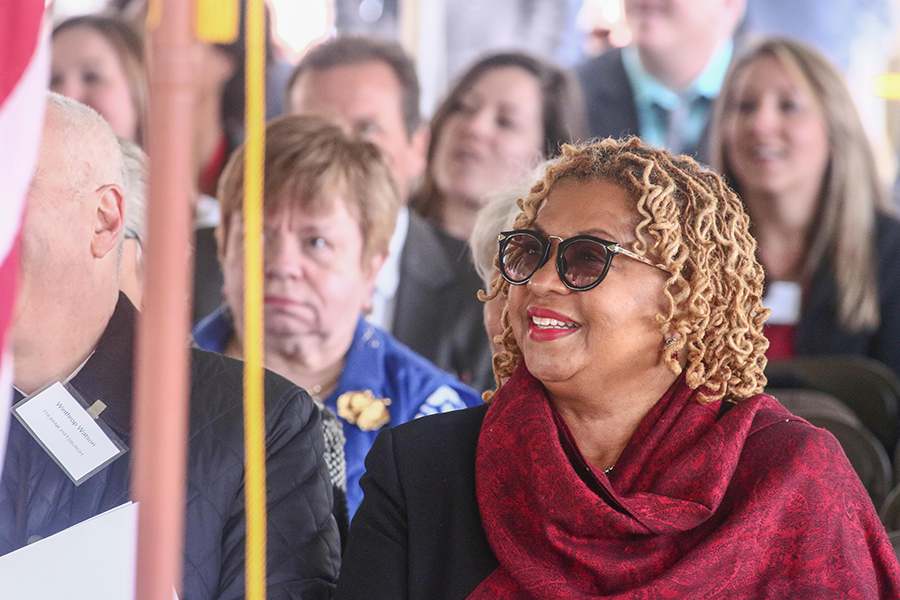 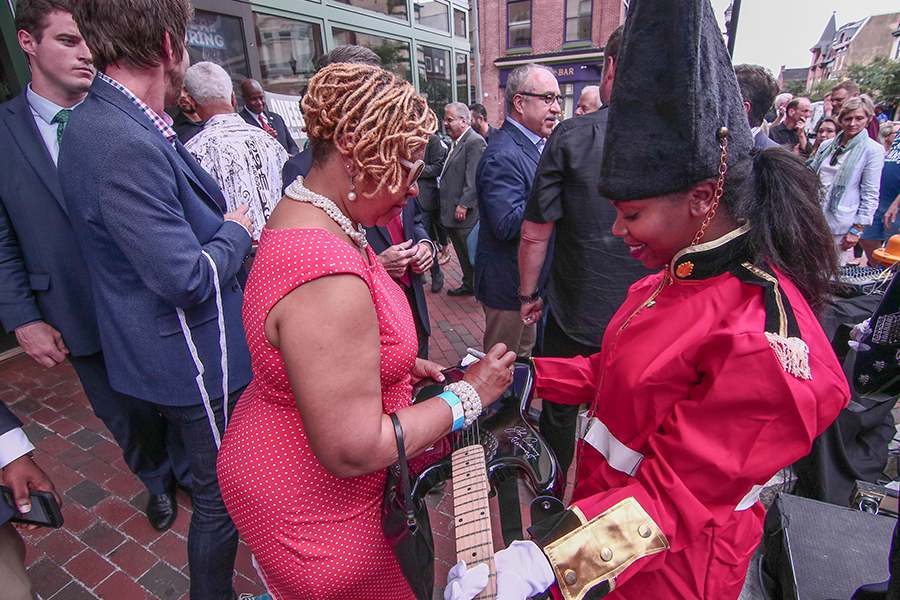 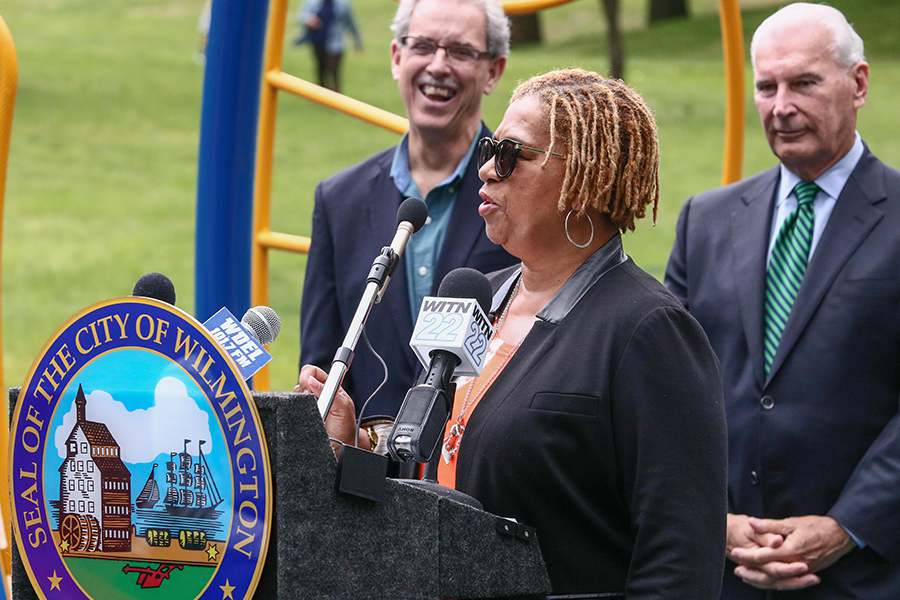 Dr. Hanifa Shabazz is a native Wilmingtonian who was born and raised on the East Side of the city. She was educated in the Wilmington public school system, graduated from Wilmington High School and continued her studies at Springfield College and Wilmington University. In recognition of her decades of innovative community engagement and economic development, including her numerous innovative program accomplishments and demonstrations of leadership, Hanifa was recently awarded an Honorary Doctorate of Human Letters from Virginia University of Lynchburg.

Dr. Shabazz is a nine-year member of one of the nation’s largest public policy research and advocacy groups, the prestigious National League of Cities (NLC) and its affiliate member organization, the National Black Caucus of Local Elected Officials (NBC LEO). She is an active member of the NLC and has served in various leadership positions with NBC LEO. She was recently elected as President of NBC-LEO. Dr. Shabazz is one of several NBC LEO members who served as presenters on a panel at the 2012 World Conference of Mayors Fall International Leadership Conference in Malabo, Equatorial Guinea. Hanifa also recently obtained professional development training at the Morehouse School of Medicine’s Satcher Institute where she received a Certificate of Completion in its Community Health Leadership Program. This professional development training was sponsored by the World Conference of Mayors and participants were engaged by invitation only.

Now elected as the first female President of Wilmington’s City Council, Dr. Shabazz was first elected in 2004 and honored to have served three terms as the representative of more than 9,000 residents of the City’s 4th District – – one of the most diverse districts in Wilmington. Dr. Shabazz chaired City Council’s Public Works and Transportation Committees and served as a member of the Finance Committee, the Education, Youth and Families Committee and the Housing and Licenses and Inspections Committee. As a result of Dr. Shabazz’s mission to pursue innovation and positive change, she has been able to achieve a series of accomplishments for her constituents. Most recently, Hanifa asked the National Centers for Disease Control (CDC) to come to Wilmington to study what she saw as an epidemic of violence among young African-American men and youths who are dying at alarming rates because of violence perpetrated with guns. As Councilperson and an activist citizen, Dr. Shabazz engaged Delaware’s Congressional leaders to support her request to the CDC to conduct the study of violence in Wilmington.

Dr. Shabazz was the first elected official to implement the Neighborhood Assistance Act whereby businesses and corporations invest in low and middle-income neighborhoods and make contributions to non-profit organizations in support of their projects in exchange for a 50% tax credit. She also encouraged and helped form pioneering community coalitions that secured the first of six Community Benefit Agreements in the state where again, businesses invest and partner in the community by formally agreeing to create jobs and engage in business growth in ways that provide opportunities for local residents to attain livable wage jobs and seek local businesses in their communities that add value.

Focusing on what she identified as the 4 E’s, which are Education, Empowerment, Economics and Environment, Dr. Shabazz organized lower wealth communities into developing their own community-driven revitalization plans known as the Special Area Management Plan for the South Bridge neighborhood; the Blueprint Community: Eastside Rising Plan for the Eastside neighborhood; and West Center City Futures for the preservation of the West Center City section of the City. These three neighborhoods have witnessed their well-conceived written plans move into the implementation stage. A few years ago, Dr. Shabazz also addressed a pressing economic empowerment issue by creating the PAID Program, a 12-week intensive Preparatory Apprentice Instruction Development Program that assisted individuals in successfully passing the various construction trade union entrance exams. Graduates of the PAID Program became employed in various businesses, including the construction trades.

Council President Shabazz is an ex officio member of all committees.